In Verdi's bicentenary year, the Philharmonia Chorus took part in a performance of his Requiem on Saturday 20 April with the Philharmonia Orchestra under Daniele Gatti at the Royal Festival Hall, with soloists Krassimira Stoyanova, Marie-Nicole Lemieux, Francesco Meli, and Carlo Colombara. 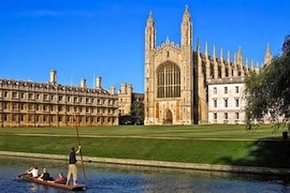 The Chorus took part in a rare performance of the Stabat Mater by Herbert Howells on Good Friday, 29 March as part of this year's Easter at King's Festival in the Chapel of King's College Cambridge. The BBC Concert Orchestra was conducted by Stephen Cleobury, with tenor John Daszak.

The English composer Herbert Howells (1892 - 1983) is regarded as one of the masters of vocal-instrumental polyphony of this century. His Stabat Mater, inspired by the "Pietà" of Michelangelo, is his last and arguably finest large-scale choral work, contrasting desolation of the spirit with supreme choral glory. First performed in 1965, the work was composed over a period of several years. The concert was recorded by BBC Radio 3, and was broadcast on Sunday 7 April at 14.00.

Would you like to sing the Verdi Requiem with the Philharmonia Chorus? 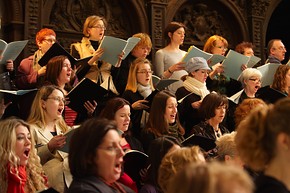 Then come to an open rehearsal on Wednesday 13 February at Gandhi Hall, Indian YMCA, 41 Fitzroy Square, London, W1T 6AQ, on the corner of Fitzroy Street and Grafton Way - nearest tubes are Warren Street and Great Portland Street. The rehearsal will start at 6.30pm, and last until 9pm, with a break at about 8pm.

The rehearsal will be taken by our dynamic German Chorus Master, Stefan Bevier. All music will be provided.

Verdi's Requiem is one of the glories of the symphonic choral repertoire. Experience it for yourself!

If this appeals, or if you have any questions, do e-mail openrehearsal@philharmoniachorus.co.uk. Or just turn up! We look forward very much to welcoming you. 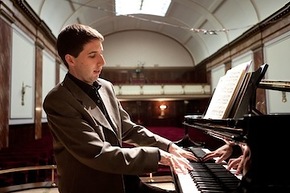 The Philharmonia Chorus is very pleased to announce the appointment of Timothy End as Accompanist to the Chorus. Since the formation of the Chorus in 1957 there have only been three accompanists: Viola Tunnard, Martin Penny, and Stephen Rose. Timothy now becomes the fourth.

Timothy End graduated with a first class honours degree in music from King's College, London in 2006 before entering the Royal Academy of Music, gaining the DipRAM award for an outstanding recital. He held the Shinn Fellowship at RAM for 2008-09 studying under Julius Drake and Patsy Toh.

A multiple first-prize winner, Timothy was awarded both the Pianist Prize and Jean Meikle Duo Prize with the baritone Jonathan McGovern at the Wigmore Hall Song Competition in September 2011. Further prizes include the Acccompanists' Prize at the Maureen Lehane Vocal Awards, the Parnell Award for an Accompanist at the ROSL Annual Music Competition, the Gerald Moore Award and the MBF Accompanist Prize at the Kathleen Ferrier Competition. Timothy was chosen to be a Samling Scholar in May 2011, culminating in concerts in Newcastle and at the Sage, Gateshead. He performed alongside Malcolm Martineau and Sir Thomas Allen at a Samling Showcase at the Wigmore Hall last December.

Recent engagements have taken him to Washington D.C., New York, Cologne, Graz and Budapest. In November he performed at the inaugural Placido Domingo Festival in Seville in a Broadway programme with the American sopranos Angel Blue and Micaela Oeste. This was repeated in Paris at UNESCO for Placido Domingo. Earlier this year Timothy performed at a ROSL Gala held at St James's Palace, in front of Princess Alexandra.

Timothy started working with the Philharmonia Chorus in 2012.

Christmas with the Choir of King's College, Cambridge 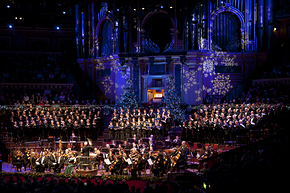 Would you like to sing with the Philharmonia Chorus? 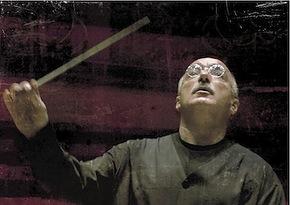 Then do come to an open rehearsal on Wednesday 23 October at Gandhi Hall, Indian YMCA, 41 Fitzroy Square, London, W1T 6AQ, on the corner of Fitzroy Street and Grafton Way - nearest tubes are Warren Street and Great Portland Street. The rehearsal is from 6.30 to 9pm, but we suggest that you turn up at 6.15pm to collect your music and say hello.

The rehearsal will be taken by our dynamic German Chorus Master, Stefan Bevier, and we will be rehearsing Poulenc's Gloria and Handel's Coronation Anthem Zadok the Priest.

You are welcome to come to the whole rehearsal, or just part of it - there will be a break at 8pm. We would love to see you in the Grafton Arms afterwards for a drink and a chat to Chorus members.

If this appeals, or if you have any questions, do contact our Personnel Manager Rosslyn Panatti. Or just turn up! We look forward very much to welcoming you.