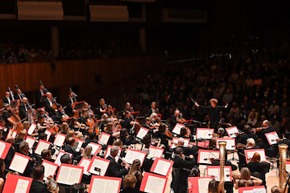 'The chorus was marvellous, the pianissimo words crystal-clear, the German 'schhhh' sounds like puffs of air elevating Mahler's huge structure away from the gravity of the here and now to another realm.'
Peter Reed - www.colinscolumn.com, 9 June 2022

'This was a hugely impressive performance that seemed to shake the very foundations of the Royal Festival Hall...(the choir's) impeccable intonation and scrupulous attention to dynamics made it as impressive as it could be - it was as if time stood still. The Philharmonia Chorus's contribution was outstanding - thanks to chorus master's Gavin Carr's expert tutelage'
Keith McDonnell, www.musicomh.com, 13 June 2022

'And the Philharmonia Chorus were superlative, pressing forward and with the tempo unconstrained so the effect of their singing so wonderfully articulated with the rainbow of basses stretching across to sopranos became a drama within the performance.'
Marc Bridle, www.operatoday.com, June 2022 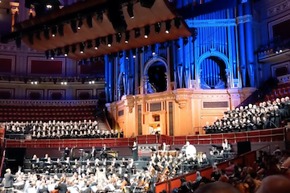 'The performance was clearly prepared by conductor Vasily Petrenko and the performers with a care and love that aren't always evident in London's crowded orchestral scene. The Philharmonia Chorus were unfailingly eloquent, whether in the agonised, lost-sounding plea of the Quid sum miser or the tender Lacrimosa, where the choral chant was intertwined with soprano Lyubov Petrova's plaintive descents.'
Ivan Hewitt - The Telegraph, 27 May 2022 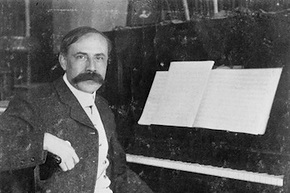 'The Philharmonia Chorus, ranged across the top of the platform, was superb in diction, sonority, accuracy and engagement. Their soft singing had a tangible presence despite their great distance from most of the audience. They made an infernal bunch of demons, encouraged by their impish Lord of Misrule, Petrenko. The conductor paced his tension-filled approach to "Praise to the Holiest in the height" so that it burst forth in splendour, and then cued every subsequent choral entry with a stab to the relevant section, each one in the coda growing ever more fervent. Such rousing singing, playing, and conducting, not least from the mighty RAH organ (Richard Pearce in the loft) led to one of those "we don't know if we should clap here but some of us really want to" from some audience members.'
Roy Westbrook, www.bachtrack.com, 8 April 2022 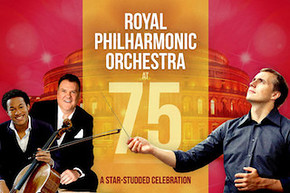 The Philharmonia Chorus sounded as if they were relishing every note.
Jessica Duchen, The Arts Desk, 22 September 2021

The Philharmonia Chorus, at full strength, seemed thoroughly delighted, whether they were impersonating wailing Hebrews or decadent Babylonians.
Neil Fisher, The Times, 22 September 2021

This concert was so gloriously enjoyable, it is hard to know where to begin. Gavin Carr is an admirable chorusmaster and Osbert Sitwell's words (selected from the Books of Daniel, Psalms and Revelation) were beautifully articulated.
Jack Buckley, Seen and Heard International, 23 September 2021

The Philharmonia Chorus mustered 112. Apparently, Petrenko felt they needed some help at the Royal Albert Hall, so microphones were dotted across the platform. The effect was startling, with the voices disconcertingly pushed right to the front of the sound. While this undoubtedly enhanced the choir, it also made them very exposed. There was nowhere to hide, so it's to their credit that they sang so well, telling of the downfall of Babylon with exciting verve and crystal-clear diction.
Stephen Pritchard, The Observer, 25 September 2021 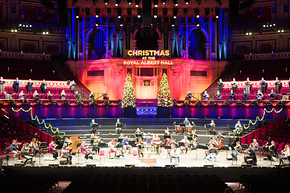 The chorus were in bright, bouncy voice, crisp and very far from woolly in All we, like sheep
Neil Fisher - The Times, 16 December 2020 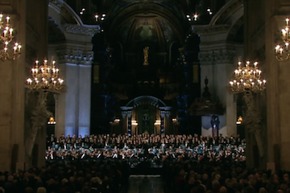 Four hundred performers shake the pillars of St Paul's Cathedral and set the dome ringing in this immense live recording which blazes with hell-fire and brimstone.
Alexandra Coghlan, The Spectator, 2 May 2020